A birthmark is a congenital, benign visible change in color, texture or consistency of skin that is present at birth or sometimes appears after some days of birth. Some birthmarks can fade with time on their own or some can persist for lifetime. These birthmarks can differ on basis of:

Why do people have birthmark?

This is very common question asked by parents. Some birthmarks can inherit in generations of family but most are not.

What are the types of birthmarks?

Commonly birthmarks can be divided in 4 types

What are vascular birthmarks?

Vascular birthmarks are result of overgrowth of blood vessels. Mostly they appear red in color and involve 10-12% of children. Three common types are:

Salmon Patch: It is also known as nevus simplex or transient capillary vascular malformation. They are mostly located on nape of neck, area between eyes or lips named as angel’s kiss or stork bites. They are light pink in color and mostly visible at time of birth. They become more visible with crying. As name suggests these birthmarks usually subside within a year without any treatment.

Hemangioma: they are mostly located at head, neck region and extremities. They are light pink to dark red or blue in color. Initially they appear as flat light pink patch but gradually they increase in size and become elevated soft to firm nodule. Many hemangiomas start subsiding after 6 months to 18 months of age in form of being less red, greyer, softer and flatter and this is called involution. Half of hemangioma will be better after age of 5 years and majority of hemangioma will be insignificant by age of 10 years. Most hemangiomasdo not cause any complication, rare complictions such as bleeding or ulceration may happen depending on site and size. Rapidly growing hemanigioms may require medical treatment as they may affect normal functions of organs by obstruction or compression effect. If a kid is having multiple hemangiomas on skin, kid should be investigating for systemic hemangioms. Liver is common site for internal hemangioms. There is a significant concern that is long term cosmetic outcome especially on face.

Port-wine stains (nevus flammeus) :They are mostly located at face and neck. Although they can present at any site all over body. They present as light pink flat patch and gradually it become red to dark red in color. Underlying tissue start increasing in thickness and sometimes outgrowth in form of nodules can form on surface of lesion. The skin becomes very dry, thick and pebbled. They don’t fade with time. Port-wine stains located on face especially near to eyelid area need some investigations related to brain (MRI) and should be under monitoring as such patients may have episodes of seizures.

What are pigmented birthmarks?

Café-au-lait spots: They are flat brown colored (coffee colored) patches locating anywhere in body. Typically they are present at birth and can be more than one in number. Generally they are harmless. If they are present in multiple number and size more than 0.5 cm in younger children or more than 1.5 cm in older children, patient may need medical consultation to rule out some genetic diseases. Most common genetic diseases associated with multiple number of these birthmarks is neurofibromatosis.

Mongolian spots: They are common in dark skin population and present as bluish gray large patch on buttocks or lower back at time of birth. They usually subside on their own by age of school going.

Mole (Melanocytic nevi): These are benign collection of melanocyte cells. They can be present at birth or may develop later. They are brown or black in color. Some mole may have hair growth in it. They may increase in size with age and may be flat or raised. They don’t fade with time. Larger melanocytic nevi may have chances of developing skin cancer.

What are hypopigmented birthmarks?

Nevus depigmentosus: It presents at birth or 1st year of life and doesn’t change in size. It is also called nevus achromicus. It may confuse with segmental vitiligo but it can be differentiate by dermatologist with help of clinical examination and wood’s lamp examination. It can present as a single white spot (focal) or white spot in a segment of body (segmental) or sometimes it can be systematized by presenting on whole of half side of body in pattern of lines and whorls. It is usually harmless but if extensive involvement of skin is present child should look for musculo-skeletal or neurological problems.

Nevus anemicus: Although this is birthmark of blood vessels and develop due to hypersensitive response of blood vessels to catecholamines but it present as irregular shapedpale white lesion. This birthmark is present at birth and most commo site is trunk. It is also called a pharmacological naevus. For differentiating it with nevus depigmentosus when the skin of birthmark is rubbed, no red coloring is observed, as there is no vasodilatation possible on this birthmark.

What are cutaneous hamartomas?

Hamartoma as name shows a tumor-like tissue malformation resulting from an abnormal overgrowth of tissue or cells normally found in the organ. Its skin part is called cutaneous hamartoma and can present at time of birth or later in childhood. It may be arise from epidermal cells, dermal fibroblast cells, sebaceous gland, pilar muscle or fat cells. Common types are epidermal nevi, becker’s nevus, nevus sebaceous and nevus lipomatosus. Smooth muscle hamartoma or connective tissue nevi are rare cutaneous hamrtomas.

What is epidermal nevi?

They are benign, hamartamatous growth of epidermal cells that is present at birt or develop in first decade of life. Most common example of this type of nevi is verrucous epidermal nevi that present as raised, linear or whorled shaped, and brown colored. Usually it starts from face or neck region and gradually increasing in linear pattern following skin lines.

What is nevus sebaceous?

They are present at birth and located at face or scalp. They are skin color to yellowish colored flat patch that gradually increase in thickness and associated with no growth of hair at site of nevus. Large size and rapidly growing nevus should be biopsied for looking out cancerous changes.

What is becker’s nevus?

It is common benign type of cutaneous hamartoma with epidermal and dermal elements. Mostly it is visible in years of puberty but rarely it can present at birth also. It is more common in male. It develops as light brown to dark brown colored patch. Most common sites are shoulder or trunk but other sires can also be involved. With time it may increase in size and terminal hair develops in 50% of cases. Rarely it may be associated with some muscular abnormality.

A rare benign cutaneous hamartoma in which mature fat cells make their abnormal presence in dermal tissue and may acquire 10 to 50% dermis. It present as skin colored soft to firm nodular overgrowth on skin. Lower back, buttocks or shoulders are common sites. Dermatologist to rule out systemic involvement should check children.

Why you should go to dermatologist for your Baby’s Birthmark?

Although most of birthmarks are harmless but sometimes they are first sign of skin disease or some systemic syndromes or diseases. So dermatologist at DrKothiwalaSkinEva Clinic Jaipur by looking at presentation of birthmark, clinical history would be able to tell you about its course, association with other organs, any need of investigation to rule out internal organ involvement, long term cosmetic outcomeand possible treatment options.

How do we treat birthmarks?

Which Birthmarks do Need Treatment?

What are the treatments for birthmarks?

Depending on type of birthmarks a safe and effective treatment is suggested by dermatologist at our clinic.

Pigmented birthmarks are harmless and require treatment only for cosmetic concern.

Laser treatment for pigmented birthmarks like café-au-lait macule, becker’s nevus, nevus of ota or nevus spilusincude Q switch Nd:Yag Laser. Sometimes one or two sessions are sufficient for smaller light brown birthmarks or sometimes multiple sessions may be required. Recurrence may happen after laser treatment so laser treatment is indicated for birthmark presenting on cosmetically important parts of body.

Treatment of mole or melanocytic nevi

CO2 laser or surgery depending on size of mole.

Excimer laser can be effective in hypopigmented focal birthmarks. At our clinic we have treated such patients with good results.

Here most of lesions are raised so these need removal by radio frequency ablation, co2 laser ablation or surgical removal.

Surgery is best treatment. Smaller lesions can be removed in single surgery. Larger lesions may require serial excision. For patients who don’t want surgery, lesion can be reduced by radio frequency ablation or co2 laser but recurrence is common.

DrKothiwala’sSkinEva Clinic is only and best clinic in Jaipur because all above mentioned treatments for birthmarks are available at our clinic under one roof and performed by best dermatologist in Jaipur Dr. Sunil Kothiwala.

For more information on Birthmarks or to inquire about other services please contact us on 7726938335. 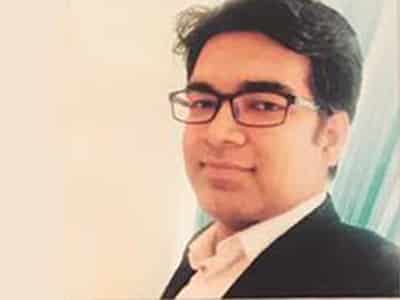 With more than a decade of experience including postgraduation from AIIMS & experience of SMS Hospital make,Dr. Sunil Kothiwala one of best dermatologist & cosmetologist in Jaipur. Renowned for delivering the highest level of quality care for patients in the fields of dermatology and cosmetology.